HistoryEstablished in 1958. Just after the Second World War, when the population of Naples was less than 1,000 and even during “season” the local phone book had less than 200 numbers. This was a challenge to small local businesses owners including Don Wynn, however, in 1948 Don opened Naples’ first modern grocery store, Wynn’s Market, on the corner of 7th St. and 5th Ave. When first opened there were no other retail stores on 5th Ave between Wynn’s and the Gulf Beach. Five years later Don Wynn built a second market that was double in size, juts 50 feet from the original Market. Three years later Don converted the original building into a full line hardware store. This was the birth of Sunshine Hardware. Right from the start, Sunshine Hardware was carefully developed to reflect the best attributes Don had instilled at the Market. Don was adamant that his new store offer small town appeal with “Big City” advantages, top quality merchandise, with friendly and serviced oriented staff. 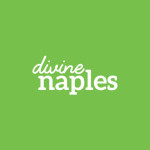